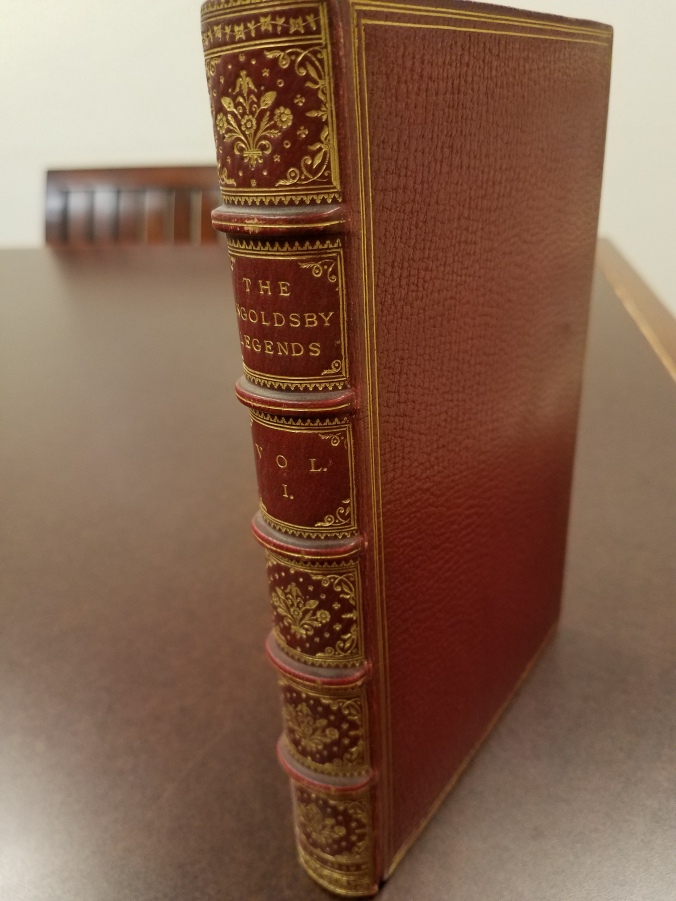 A few weeks ago with another Fondren librarian, I went searching through our stacks for spooky book bindings and illustrations. One of the standouts included The Ingoldsby Legends by Thomas Ingoldsby aka Richard Harris Barham. I’m going to break up this book into three blog posts on the owners of the first edition, its illustrations, and the 1929 version with illustrations by Arthur Rackham.

First let’s look at the owners of the book. 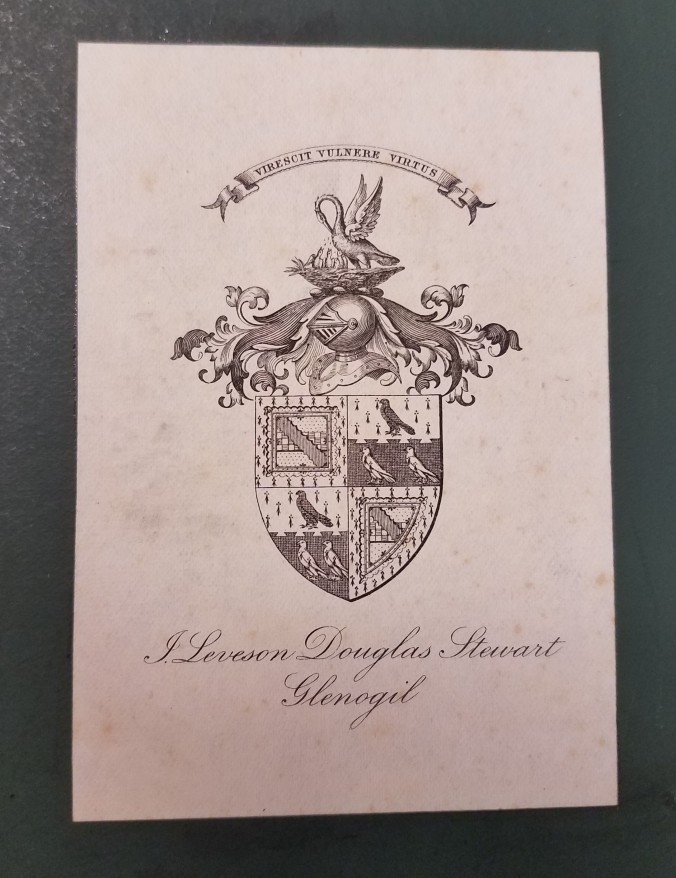 John Leveson Douglas Stewart of Glenogil, Angus, Scotland August 1, 1842 – 1887 was the first owner. Since the book published in 1840, he was probably not the original one. 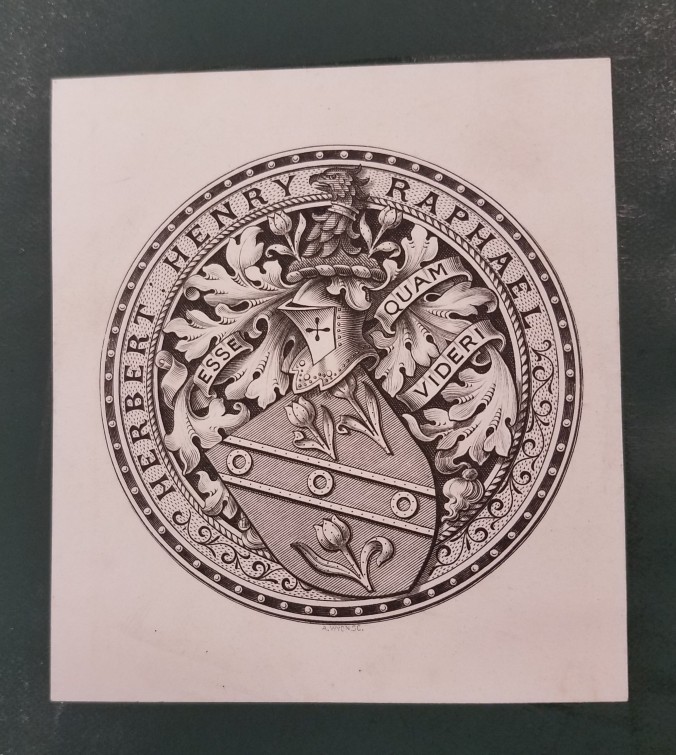 At some point even between the two owners mentioned or at a later time, the book ended up at the W. Heffer & Sons Ltd. Booksellers in Cambridge, England. Raphael did attend school in Cambridge, but that doesn’t mean he purchased it at that time.

Before coming here, its last owner was Fleming L. Mays who gifted it in October 1953. I was unable to find out anything about him. Please let us know in the comments if you know more.

Somewhere along the line, someone decided to spruce up this book. In the final pages, there is the original spine and cover. It now sports a calf leather cover with gilding. 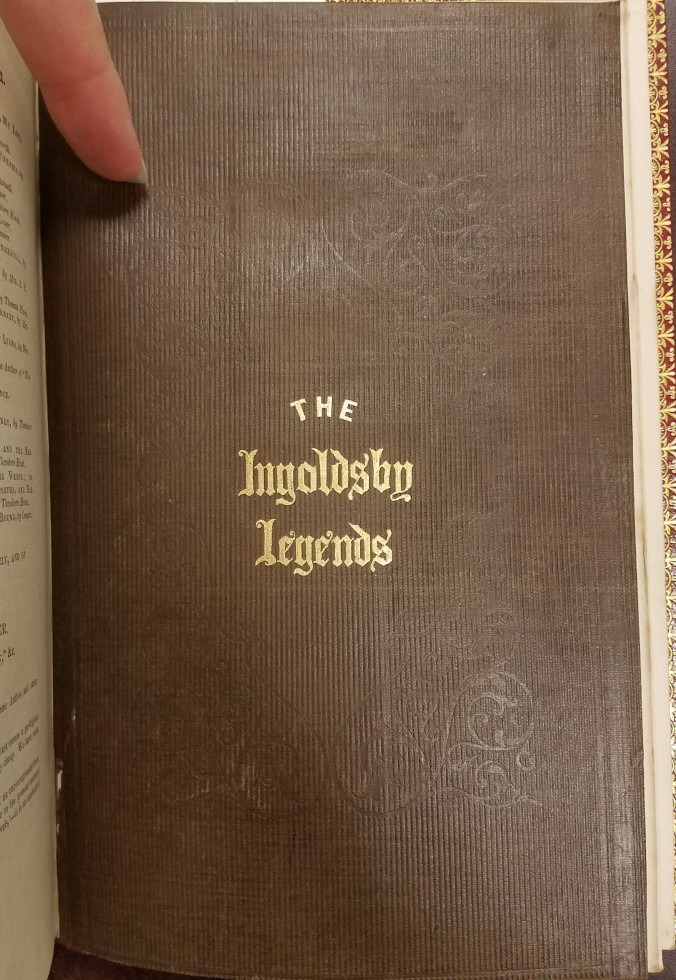 6 thoughts on “The Owners of The Ingoldsby Legends”