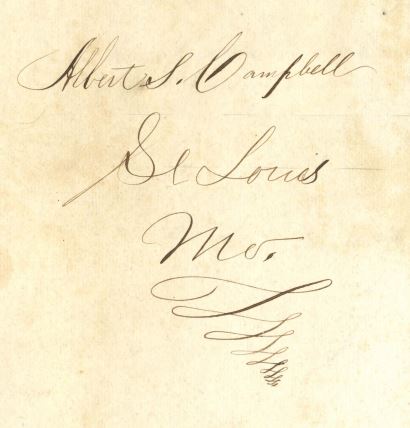 Part of our physical collection includes a wide array of journals, diaries, and log books. We have digitized some of these, most notably from the Civil War era. There are four notebooks from Albert Sherrad Campbell who describes battles and other military events in Missouri, Virginia, and Maryland. Although we only know where Campbell was from, based on his opening epigraph by George Washington, he was a Union supporter.

We also have Alexander Hobbs’ diary and his sketch of Galveston harbor. In addition to reporting the Battle of Galveston, he tells what he did on Thanksgiving in 1862.

Finally, we have John C. Crosby’s diary that details his time in the Union army as part of the Seventh Maine Regiment. Instead of writing about battles, he focuses on life inside a hospital, where he might have been an orderly. His diary also records his life post-war as a farm worker.